“I am not afraid of storms, for I am learning how to sail my ship.”

“such hours are beautiful to live, but very hard to describe…”

“I don't like favors; they oppress and make me fell like a slave. I'd rather do everything for myself, and be perfectly independent.”

“Simple, sincere people seldom speak much of their piety; it shows itself in acts rather than words, and has more influence than homilies or protestations.”

“I am not afraid of storms, for I am learning how to sail my ship.”

“such hours are beautiful to live, but very hard to describe…”

“I don't like favors; they oppress and make me fell like a slave. I'd rather do everything for myself, and be perfectly independent.”

“Simple, sincere people seldom speak much of their piety; it shows itself in acts rather than words, and has more influence than homilies or protestations.”

“Watch and pray, dear, never get tired of trying, and never think it is impossible to conquer your fault.”

“...for love casts out fear, and gratitude can conquer pride.”

“...the love, respect, and confidence of my children was the sweetest reward I could receive for my efforts to be the woman I would have them copy.”

“You don’t need scores of suitors. You need only one… if he’s the right one.”

“Some people seemed to get all sunshine, and some all shadow…”

“Be comforted, dear soul! There is always light behind the clouds.”

“life and love are very precious when both are in full bloom.”

“Woman work a great many miracles.”

“Dear me! how happy and good we'd be, if we had no worries!”

“…I can't help seeing that you are very lonely, and sometimes there is a hungry look in your eyes that goes to my heart.”

“I am not afraid of storms,for I am learning how to sail my ship.”

“such hours are beautiful to live,but very hard to describe…”

“I don't like favors; they oppress and make me fell like a slave.I'd rather do everything for myself,and be perfectly independent.”

“Simple,sincere people seldom speak much of their piety; it shows itself in acts rather than words,and has more influence than homilies or protestations.” 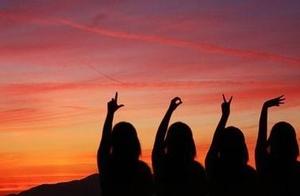 1.Oh , my girls , however long you may live , I never can wish you a greater happiness than this!无论活到何时，永远是最幸福的（对她的孩子）

`We are friends,’ said I, rising and bending over her, as she rose from the bench.

I took her hand in mine, and we went out of the ruined place; and, as the morning mists had risen long ago when I first left the forge, so, the evening mists were rising now, and in all the broad expanse of tranquil light they showed to me, I saw no shadow of another parting from her.

But that poor dream, as I once used to call it, has all gone by, Biddy, all gone by!”（可是那个我一度称为可怜地旧梦，已经随时间飘逝了！毕蒂，它已经飘逝了！）

小妇人》The little old woman: one is the happiest thing is that somebody loves you.

When you are at my time, I absent-minded,

When I come to you, when you have gone.

We are always in a meeting to miss, losing a lot of.

However, I want to say this is because we are still young.

No, perhaps this is our life.

From then on, I always looked back the road.

Margaret, the eldest of the four, was sixteen, and very pretty,

being plump and fair, with large eyes, plenty of soft brown hair, a

sweet mouth, and white hands, of which she was rather vain.

While making these maternal inquiries Mrs. March got her wet things off, her warm slippers on, and sitting down in the easy

chair, drew Amy to her lap, preparing to enjoy the happiest hour

of her busy day.

It was excellent drill for their memories, a harmless amusement, and

employed many hours which otherwise would have been idle, lonely,

or spent in less profitable society.

There was a simultaneous sigh, which created quite a little gust,

as the last hope fled, and the treat was ravished from their longing

Mother is always ready to be your confidante, Father to be your friend, and both of hope and trust that our daughters, whether married or single, will be the pride and comfort of out lives.

The days kept getting longer and longer, the weather was unusually variable and so were tempers, and unsettled feeling possessed everyone, and Satan found plenty of mischief for the idle hands to do.

This obliging offer was gladly accepted, and Margaret retired

to the parlor, which she hastily put in order by whisking the

If anyone had been watching her, he would have thought her

movements decidedly peculiar, for on alighting, she went off at a

He missed her,however, and she came walking in with a very queer expression of countenance, for there was a mixture of fun and fear, satisfaction and regret in it, which puzzled the family as much as did the roll of bills she laid before her mother, saying with a little choke in her voice.

All the little duties were faithfully done each day, and

many of her sisters' also, for they were forgetful, and the house

seemed like a clock whose pendulum was gone a-visiting.

What they were to give, neither heard, for both crept into

the dark hall, and, sitting on the stairs, held each other close,

rejoicing with hearts too full for words.

Then she slept again, and the girls waited upon

their mother, for she would not unclasp the thin hand which

clung to hers even in sleep.

Jo dropped a kiss on the top of Mr. Laurence's bald head, and ran up to slip the apology under Laurie's door, advising him through the keyhole to be submissive, decorous, and a few other agreeable impossibilities.

Meg rose as she spoke, and was just going to rehearse the

dignified exit, when a step in the hall made her fly into her

seat and begin to sew as fast as if her life depended on finishing that particular seam in a given time.

that morning, rejoicing with all their hearts in the cloudless

Meg looked very like a rose herself, for all that was best and

sweetest in heart and soul seemed to bloom into her face that day,

making it fair and tender, with a charm more beautiful than beauty.

As the younger girls stand together, giving the last touches

to their simple toilet, it may be a good time to tell of a few

changes which three years have wrought in their appearance, for

all are looking their best just now.

Never forgetting that by birth she was a gentlewoman,

she cultivated her aristocratic tastes and feelings, so that when

which poverty now excluded her.

The minute it was made Jo saw her mistake, but fearing to make the matter worse, suddenly remembered that it was for her to make the first move toward departure, and did so with an abruptness that left three people with half-finished sentences in their mouths.

Remembering the painted boots, she surveyed her white satin slippers with girlish satisfaction, and chassed down the room, admiring her aristocratic feet all by herself.

For Amy's face was full of the soft brightness which betokens

a peaceful heart, her voice had a new tenderness in it, and the cool,

prim carriage was changed to a gentle dignity, both womanly and winning.

Gentlemen are sometimes seized with sudden fits of admiration

for the young relatives of ladies whom they honor with their regard,

but this counterfeit philoprogenitiveness sits uneasily upon them,

and does not deceive anybody a particle.

The knight in whom I'm interest went back to find the pretty face, and learned that the princesses had spun themselves free and all gone and married, but one.

If he asked her to deliver a Latin oration, it would not

have seemed a more impossible task to bashful Beth, but there

was no place to run to, no Jo to hide behind now, and the poor

boy looked so wistfully at her that she bravely resolved to try.

Laurie spoke excitedly, and looked ready to carry his threat

into execution on the slightest provocation, for he was growing up

very fast and, in spite of his indolent ways, had a young man's

hatred of subjection, a young man's restless longing to try the

Bent on showing that he was not offended, he made himself as

agreeable as possible, wound cotton for Meg, recited poetry to

please Jo, shook down cones for Beth, and helped Amy with her

ferns, proving himself a fit person to belong to the `Busy Bee

What a strange yet pleasant day that was. So brilliant and

gay without, for all the world seemed abroad to welcome the first

She was rather surprised, therefore, when the silence remained unbroken, and Jo assumed a patronizing air, which decidedly aggravated Meg, who in turn assumed an air of dignified reserve and devoted herself to her mother.

Amy rose daily in the estimation of her friend, but he sank in hers,

and each felt the truth before a word was spoken.

Jo rather prided herself upon her shopping capabilities, and particularly wished to impress her escort with the neatness and dispatch with which she would accomplish the business.